For this release, I ended up focusing on merging more pull requests from github, fixing bugs, and getting some other minor things sorted out. I feel as though the game should be in quite a stable state after this release, so for the next updates I'll be focusing more on adding content instead of making minor changes.

Thank you all for your support and patience, especially during the week or so that I was having computer issues. Starting tomorrow I'll be focusing on the next preview update (v0.4.7.5), in which I'll try to add at least one major piece of new content. I'll make a progress update post during this next week to let you know what date I'm targeting for the release, so I'll see you again then!

As always, you can also build these releases yourself from the public github's dev branch (which is always kept up to date with the very latest version): https://github.com/Innoxia/liliths-throne-public/tree/dev
(There's a build tutorial here.)

This is just a short post to let you know that I've sorted out my computer issues, and that I'm making decent progress towards the public release of v0.4.7. I'm working on a lot of small things for this next release, which will include some new content, bug fixes, and other minor additions. I'm aiming to have this release out for next weekend (25th-27th), but I'll make another progress post before then to let you know how things are going.

Thank you all so much for your patience and support, and I'll see you again soon! 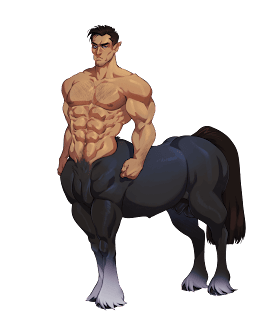 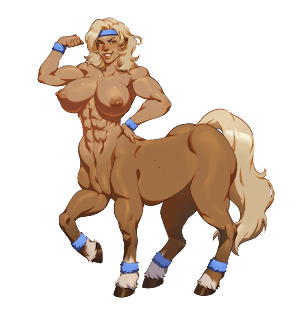 First of all, I'm so sorry about how long it's taken me to get this preview release out. My progress was hindered due to feeling quite unwell over a period of a couple of weeks during October, and then after I'd got through that I started having some technical troubles with my computer (which still aren't fixed, but should be within a week).

So, as for what's in this version, it's mainly the merging of third-party additions from github, as well as some other minor things. I was hoping to get some Halloween content added this year, but after all that happened over the past few weeks I wasn't able to do this. I'll do my best to make it up to you by adding as much content as I can into the next (public) release.

There's also some new artwork in this version from FriendlyAlienFriend (https://twitter.com/thealienfriend) of Astrapi and Vronti.

As it's going to take about another week to get the issues with my computer sorted, progress towards the next public release of v0.4.7 is going to be slow to begin with, but I'll do my best to get it out to you in about 2-3 weeks time. For that release I'm going to focus on some content that I've been wanting to add for some time now, and so while the main quest is unlikely to progress, there should be a lot new content to see in it.

Thank you all for your patience, and I'll see you again soon!


I package and release these in-between preview builds for backers over on my SubscribeStar, but anyone can play them at any time by building them directly from the public github (which is always kept up to date with the very latest version): https://github.com/Innoxia/liliths-throne-public/tree/dev
(There's a build tutorial here.)

ALSO IMPORTANT: Make sure you build from 'dev' branch.

I'm sorry about how long it's taking me to get the preview update out, and for the lack of communication. I've not been 100% over the past couple of weeks, so progress on this update has been a lot slower than I expected. I'll get the preview out as soon as I can, which should be by this next weekend at the latest.

Thank you all for your patience, and I'll see you again soon.

Edit (Friday 4th): I'm having a PSU issue with my computer, so the update will likely be out on Sunday, as I'm expecting the replacement part to arrive tomorrow (Saturday).

Edit (Sunday 6th): I'm still having computer random restart issues, so the release will be another day or two while I continue to try to get this fixed. Sorry! (P.S. All of my current progress in on github, so you can build the preview from there if you'd like!)

Email ThisBlogThis!Share to TwitterShare to FacebookShare to Pinterest
Labels: 0.4.6.5, progress

Since the release of v0.4.6.3, I've been working on merging PRs (pull requests) from github, as well as fixing some bugs and getting a few other things implemented. I still have more PRs to merge, as well as getting some third party content added, so the preview release of v0.4.6.5 won't be out for at least another couple of days. I'm aiming to get it released by the evening of Tuesday 18th at the latest, so I'll see you again then!

Thank you all so much once again for your patience and support!

Edit (Tuesday 18th): I'm sorry, but I've been unwell over the past few days and so haven't yet managed to get this preview release ready. I'll get it out to you as soon as I possibly can.

First of all, thank you once again for your patience during this small delay. I suppose by now this is less of a hotfix and more of a lukewarmfix, but seeing as a couple of the bugs addressed in this release are potentially game-breaking, I thought that it was still worth getting this released rather than waiting to roll it all into the next preview.

As to what's in this release, there are the fixes for the major bugs, which were the one where slave pill permissions weren't working, the one where sex would never end when offered a pill while being immobilised, and a really game-breaking one where if your elemental had the 'Aura Burn' status effect, the game could sometimes throw multiple background errors and lock up when ending the first turn of combat (thanks to CognitiveMist and Maxis010 for fixing that one). I also made it so NPCs can equip clothing during sex, added some vending machines to Submission, applied transformations & changes to Meraxis/Aurokaris/Ursa during Lunexis's bad end, and made some other bug fixes and minor additions.

I did manage to get a few PRs merged from github into this release, which are mainly focused on bug fixes (by CognitiveMist, Maxis010, DuskitGalager, and MintyChip) and adding non-wing arms & back-wings to raptor-morphs (by DSG). I'll be focusing on merging a lot more PRs for the preview update, as well as (finally) adding third party content.

Speaking of the next preview update, this hotfix's release has put back its release date, which should now be expected around Friday 14th October. I'm hoping to get some Halloween-themed content added this year, so I'm aiming for the next public release to be out by the 31st at the latest.

Thank you all so much once again for your support, and I'll see you in the next post (which should be a progress update post early next week)!

As always, you can also build these releases yourself from the public github's dev branch (which is always kept up to date with the very latest version): https://github.com/Innoxia/liliths-throne-public/tree/dev
(There's a build tutorial here.)

Email ThisBlogThis!Share to TwitterShare to FacebookShare to Pinterest
Labels: 0.4.6.3, hotfix

Since the release of v0.4.6, I've been working on fixing bugs and adding some other minor content. I've still got quite a few bugs left to fix, but I should be done with those tomorrow, and then after that I'll (finally) move on to merging PRs (pull requests) from github. I'm hoping to be doing that on Monday, and to begin with I'll prioritise the PRs which are focused on bug fixes or other minor additions.

As there were a couple of annoying bugs in v0.4.6 (primarily the 'pills' slave permissions not working), I'm planning on releasing a hotfix after I've finished fixing all reported bugs and merging bug-fix PRs, which will likely be on Monday evening. After that, I'll be working on the third party content which I've been planning on adding for a little while now, and so that will be in the next preview update (which will probably be pushed back by a few days due to the hotfix release).

Thank you all once again for your support and continued interest in Lilith's Throne, and I'll see you again in Monday's post!

Edit (Monday 3rd): I still have just a few things to finish off, so the hotfix will be out tomorrow (Tuesday) evening instead! Sorry!